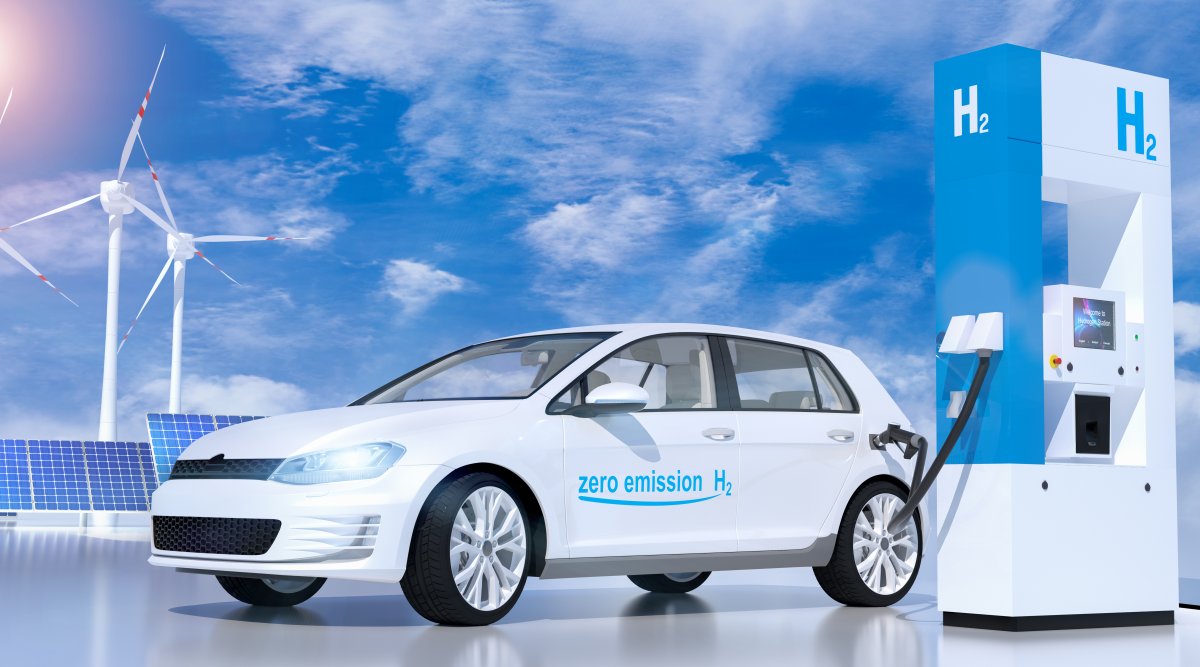 Hydrogen should be the savior of the energy transition. What cannot be electrified directly or with sufficient comfort should be powered by hydrogen. As a result, the German Federal Government assigns hydrogen an important role in the decarbonization of the German economy. Our article series aims to take a closer look at federal government plans and shed light on specific application areas – particularly in the automotive sector. Everything that is technically possible should also be checked in terms of efficiency and scalability.

With delay, the target of one million electric vehicles registered in Germany could soon be reached. Originally, this brand should have been cracked in 2020. Due to the rapid growth that we are currently seeing in the sale of electric cars, the delay is now likely to be less than initially expected. However, besides pure battery electric cars, hybrid vehicles are also counted – and fuel cell cars, which are hardly noticed. But why do hydrogen vehicles currently have such a bad lobby? And how do they differ from battery-powered vehicles?

At least since the Paris COP21 climate summit, it is clear that there is no way around the exit from the fossil fuel industry. This is again shown by the judgment of the Federal Constitutional Court in Karlsruhe, which urged the federal government to adjust the climate targets at the end of April 2021. Before this change, European car manufacturers in particular had turned a blind eye for a long time . well before they then opened up – too late for many observers – to electromobility. Current registration figures show that the turnaround in traffic has now reached the public. With 50,000 registrations of electric cars per month, their number is growing much faster than that of charging stations.

However, the proportion of fuel cell cars is negligible. Only the two manufacturers Toyota and Hyundai currently each offer a â€œmainstreamâ€ model, while the selection of purely electric battery-powered cars is increasing day by day. Their reach increases, selling prices gradually begin to fall, albeit at a low level.

By the end of the 20th century, many representatives of the auto industry assumed that many hydrogen-powered cars would circulate in the region by the first years of the new millennium. Today we know that these were wishful thinking, frivolously expressed, overly positive prospects for the future. However, the H2-The technology exists and works, it has been manageable for a long time. Fuel cell utility vehicles – both passenger cars and utility vehicles – are on the road and offer advantages over battery electric cars: they can be refueled quickly and they can cover a long range.

But there are also downsides: the scarce and extremely expensive infrastructure with hydrogen filling stations and the high costs. Moreover, the debate on the utility of hydrogen in personal transport is today more vehement than ever. While some rely entirely on battery-powered vehicles, others spread the H2-Car as a suitable successor for gasoline and diesel cars, although the overall environmental balance due to H.2-The production is controversial.

Most of the newly registered electric cars today are battery electric vehicles (BEVs) and hybrid models. According to the Federal Motor Transport Authority (KBA), around 26,800 new electric cars were registered in May 2021. Compared with the same month last year, this corresponds to an increase of 380%. The market share was 11.6 percent. In addition, around 37,200 hybrid cars were added. The number of fuel cell electric vehicles (FCEV) is currently only marginal.

Basically, the two variants are electric vehicles. An electric motor provides propulsion, unlike gasoline, diesel and gas vehicles, which use internal combustion engines. While energy is supplied to combustion engines in the form of hydrocarbon compounds, which can be either liquid (gasoline, diesel) or gaseous (natural gas, liquefied gas), electric cars require electrical power.

In conventional internal combustion engines, the chemical energy source reacts with oxygen (O2), which is 21 percent by volume in air. During this oxidation, the CmHn compounds from mineral oil are transformed, so that a wide variety of combustion products harmful to the environment (CO, CO2, HC, NOX, soot, etc.) and exit the exhaust into the environment. In addition, the heat engine emits water vapor, sometimes considerable noise and thermal energy.

Comparison with the electric car

It’s quite different with the electric motor: regardless of the type used (synchronous or asynchronous motor), the electric motor emits nothing but a little heat and makes less noise. The environmental balance directly on site is therefore much better than that of the heat engine. However, electricity must first be generated and stored, which must also be taken into account.

A battery-powered vehicle has a relatively large battery. Many accumulators are interconnected in order to be able to store as much electrical energy as possible. Depending on the mode of electricity production, the environmental impact of the electric car is therefore different. If the vehicle runs on green electricity, the operation is considered environmentally friendly. If the normal electricity mix is â€‹â€‹used, the emissions are of course higher. However, since a power plant, unlike gasoline or diesel engines in cars, almost always operates in the optimum load range, the balance is even better than with an internal combustion engine, which is almost always used outside of the engine. its best performance. For the year 2020, the Federal Environment Agency (UBA) assumes 366 grams of CO in the German electricity mix2 per kilowatt hour generated. According to the UBA, it should have been 408 grams in 2019.

It is a bit more complicated with fuel cell cars, since hydrogen is used as an energy carrier. FCEVs also have a battery, but it is much smaller than BEV and is primarily used as a buffer and for recovery. The electric motor of a fuel cell car also works purely electrically, but electricity can come from the battery and / or the fuel cell.

Disclaimer: This article is generated from the feed and is not edited by our team.

Payday loans must cap | Letters to the Editor

Use of payday loans plummeted during pandemic, but Californians ‘not off the hook’

The importance of an MBA in the modern job market